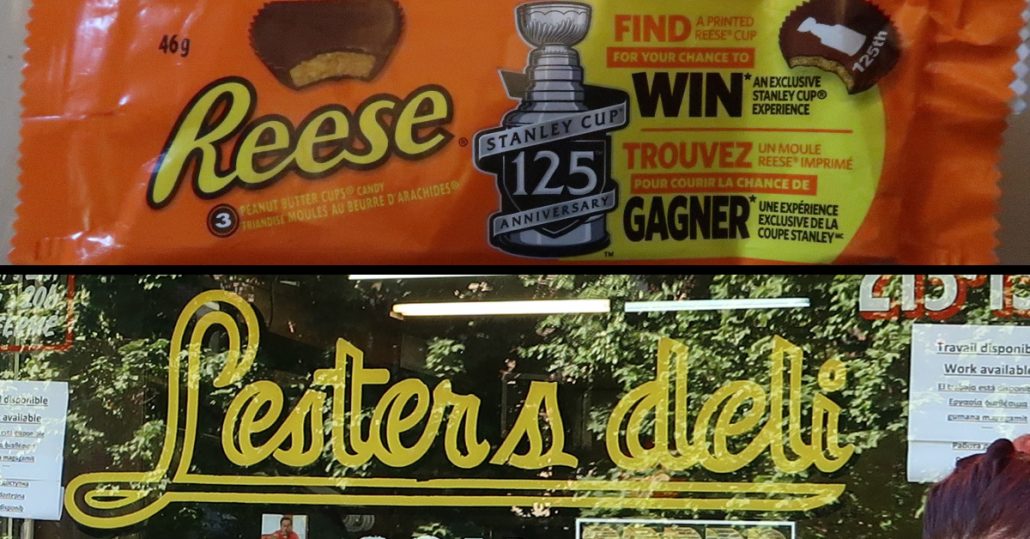 Something seemed oddly amiss in Montréal, during my recent visit. “The Reese’s Peanut Butter Cups are missing apostrophes here. It’s just ‘Reese,’ ” said my friend, Warren. There was no Joe’s Bar and people greeted us with a strange, “bonjour-hi.”

We had entered the French-Canadian Zone — The Other Canada.

Ahhh, Canada, you know, our nice and quaint neighbor to the north (that’s east for those of us living in The Other United States). Canada, the land where everyone and everything seems so peaceful and harmonious that we Americans mostly ignore it. Peaceful, quaint and nice? Sure. Harmonious? Um, maybe not.

Back to that Reese candy wrapper. It seemed a silly thing, requiring a candy maker to Frenchify it’s name just to please provincial language rules. Yes, Montréal has official Language Police. It’s called the the OQLF, Office Québécois de la Langue Française. I don’t know all of the workings of the OQLF, but I suspect it had something to do with the Reese’s thing. Oops, that should be, “thing of Reese.” French, unlike English, does not have a posessive apostrophe and this was French-speaking Canada.

I suspect the OQLF was also responsible for the strange spacing in the sign at Lester s Deli. There was no apostrophe, but clearly space for one in their window sign. The awning sign read, “Deli Lester.” This is so confusing.

Sure, I know that the French language issue has deep and symbolic roots for Quebec’s people (the people of Quebec) who have long felt oppressed by their English-speaking counterparts who enveloped them years ago. It’s a lot of history and water under the bridge.I get it. But banishing apostrophes?

The xx seemed a little deeper. We did not see hordes of Canada-Day festival-goers decked out in red and white like we had during our visits to the western provinces. A local newspaper columnisted smirked that in Quebec, Canda Day is more akin to moving day.

All is not harmonious in The Great White North.

I soon understood why we did not notice a sea of red and white during our visit for Canada Day. Our holiday visits to the west have always been awash in Canada’s colors. This was different. A local newspaper said that in Montréal, Canada Day was typcially regarded as moving day.